Stages of startup development: from an idea to the IPO

The main indicator of a company's financial status is its value, or capitalization. It reflects the value of all assets that the company has, the size and efficiency of its business, as well as expectations for future growth. It is the value of the company that determines the price of its shares, which make part of the company’s capital.

As the company develops, the capitalization value gradually increases. When a startup is only just launched, hires its first employees and finds the first customers, its value is low. Further on, the company grows and scales its business. According to the statistics, technology companies have the greatest potential. In a few years, a startup can become a “unicorn” – in other words, grow into a solid business with a total value of more than $1B.

From the point of view of investors, the development of any private company is divided into several main stages. 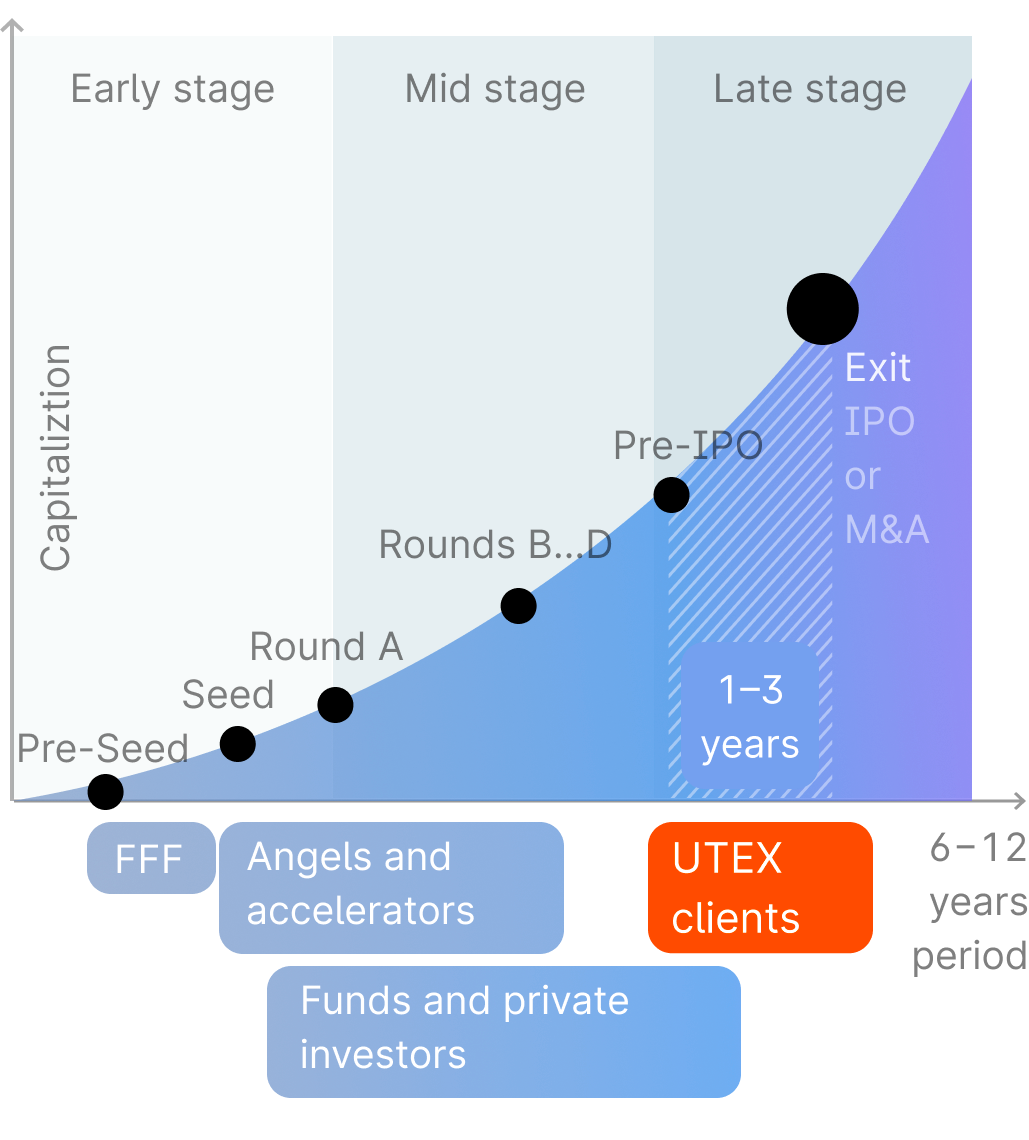 When an idea is thought through and through and a business plan is prepared, the startup starts looking for the first investors.

As a rule, the first money comes from the so-called “angel investors” and venture capital funds. These are private investors and specialized companies that invest in startups at the very beginning of their development and purchase shares at the lowest cost. This stage is also called Seed or Pre-Seed.

If a company becomes profitable and proves its viability, it needs to get more and more assets for its development. For this purpose, startups hold investment rounds – special events during which they attract funding from a group of investors. As a rule, there is a group of funds and companies participating in one round.

The first round is called A (Series A), followed by various rounds, with corresponding letters of the English alphabet assigned to them – B, C, D, E, F and so on. In the USA, the total amount of money raised in one round can reach several hundred million dollars.

The more mature the company is, the more rounds it holds, and the higher its estimated value and, accordingly, the share price are.

A very important point is that a company with a high valuation and a developed business is less motivated to attract new capital through a public offering. Therefore, it can remain at the pre-IPO stage for a considerable time of up to several years.

How pre-IPO futures are traded

The life cycle of pre-IPO futures: from start of trading to expiration

Risks of investing in pre-IPO

Low liquidity, lack of information and other pitfalls